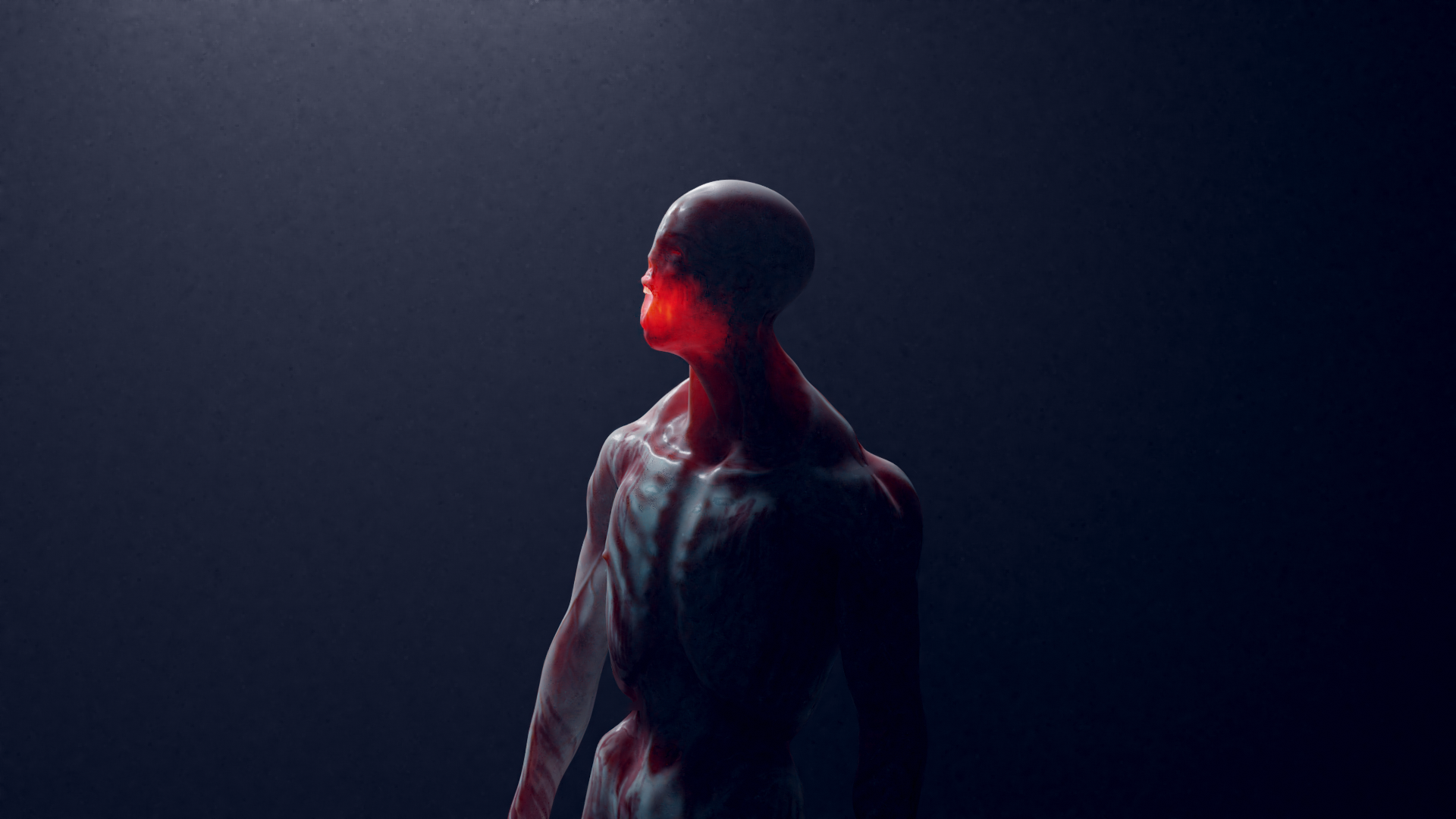 Borderline is a game developed for 8 bits to Infinity game jam for 7 days by a team of 4 people:

We live in different cities (and countries) but sometimes collaborate online to make a game in a limited time, for a lot of fun and experience. This was my second time with the team, the previous time we worked on a 2D platformer (link).

The topic of the jam this time was Asymmetrical Gameplay. At the start of the jam the theme was revealed: Two Alternate Dimensions.

Before the jam, we mainly did two things:

We chose UE4 as the engine and decided that we were going to make a 3D game this time.

As for the game ideas, we discussed roughly twelve: time managers, multiplayer shooters, puzzles, stealth actions and more. The only issue was, all the “asymmetrical” ideas we discussed had a mandatory multiplayer part, which would make them hard to be tested by the judges. We decided to keep it as simple as possible and to make a local multiplayer game with a shared screen if we didn’t come up with a singleplayer idea.

As for preparation, before we knew Egor was joining us (so we weren’t sure there’d be someone who can model and animate), I was investigating Blender and animation pipeline for Blender => UE4.

We were also investigating how to make a local multiplayer with the shared camera, and how to reassign controls on the fly (so the players can choose whether they want to use two gamepads, a keyboard and a gamepad, or play on a single keyboard together).

After the theme of the jam was revealed and the jam started, we made a pause for an hour so everyone could think about his own ideas. Then after the pause, we gathered together in a conference call, presented our ideas, listed them all (8 ideas in total) and voted for the best idea.

The idea that won our votes was a first-person horror game about a man trapped in a haunted abandoned mental hospital, and who can see ghosts only in mirrors (so they’re invisible in reality).

It was already night for most of us, so we decided to have a good sleep before starting productive work in the morning.

We chose the UE4 FPS template as a starting point and split the game into domains:

We used Discord as a communication tool.
Git as a collaboration tool for programmers.
Dropbox to exchange big files and builds.

At the start of the first day, we made the mirror and base enemies that moved towards the player.

The interesting part was to make objects to be visualized differently in the world and in the mirror. To achieve that, each frame we saved the position of the player camera, in the object materials we added calls to a special material function that compared the saved camera position with the camera position that this object is being rendered from. If they match, it means we’re rendering from the player’s perspective, otherwise, it’s the mirror reflection perspective. We used this info to set different material parameters for each case.

The first two days (Saturday and Sunday) we worked from early morning to late evening. During these two days we made the main gameplay elements:

For the next four days, Egor was making all the models and the animations and we were gradually getting rid of default content, and finally replaced all models, anim-blueprints and other default classes with our implementations.

At the same time, we were polishing the gameplay, improving the AI, adding new sounds to the game.

Using explicit render to texture for the mirror

One concern we had these days was the bad quality of the reflection and no control over it. From the beginning, we used planar reflection capture that is an easy way to make planar reflections because it handles all the math for the developer. Although it is very good for some cases, for us it turned out to be not a very handy tool. After all, we decided to use explicit render to texture with our own calculations underneath. That improved the reflection quality dramatically.

The second big concern was gun handling. We had two opinions on this:
On one side we wanted to give the feeling of cocking the hammer of a revolver by the thumb (somewhat like R8 double-action revolver from CS:GO).
On the other side, this feature was dangerous because most of the players aren’t used to this way of shooting in the games.
In the end, we decided to keep this feature.

Another interesting part of the gun is that Egor made 6 different animations for each shot, so the drum (that has not symmetrical textures) was always in the correct position, plus the animations of the revolver movement were a bit different. We also had 6 sockets where the correct amount of bullets was attached. With all that together, if you load 5 rounds, you’ll see how these rounds being shot and rotated exactly as you would see it with a real revolver.

Here’s the view to the animation state machine that resolved all the shooting and rollback transitions between states (it also automatically resolves the reloading and some corner animation desynchronization cases).

In the sound process, I started composing the ambience, which is made of sounds and randomized musical elements like chords in different octaves and short melodies. Then for the sound effects, all of them were edited, equalized and processed in Ableton Live (Digital audio workstation) and after they were done, everything went to Fmod (middleware). In Fmod the sound events were configured to sound as they’re sounding in-game, with looping, randomness and other behaviors that videogames media demands. The final stage was inside Unreal. After the programmers set the events in the game scenario, I was able to connect Fmod to Unreal in real-time, allowing me to make the fine adjustments. Plus: for the Ending Theme I tried to keep the mood close to the in-game ambience.

In the left side of the picture, there are all sound events in the game

A print of Ableton Live

On the last day, we were able to play the final version of the level. We found out that the game was having very low FPS on some of our PCs . After a short investigation, we found out that the problem was in the lighting. Not having enough time to fix it properly we decided to remove the lights from the level and add a flashlight to the player.

AI was changed a lot on the last day after testing on the final map. Enemies become faster making it harder for the player to just run through the level.

Before the submission deadline, while Igor was adding enemies to the level, Egor and I were polishing materials, effects, and menus.

After the game submission, we sent the link to our friends and colleagues to see their reactions and comments to the game. Some of them recorded their plays, which was a very helpful way to see how they react to the game mechanics and also to notice some bugs that hadn’t been discovered before.

One thing that definitely felt good: the game had the desired atmosphere.

What could have been improved

For each point above

Things that were cut

We had a door prop with animation that we decided not to use because it was added on the latest stages, had unresolved issues (how the door animation should react if there’s something on the way of it), and because of the risks of interfering with the AI.

The zombie character was modeled more realistically, but we decided that it was risky and cut it.

Link to the game: https://igorsgames.itch.io/borderline 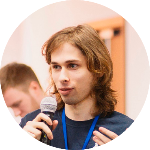